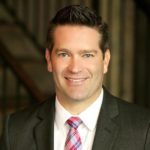 Originally from Allentown, Pennsylvania, Darin had a wonderful childhood growing up on the east coast. As a stand out scholar athlete, Darin played several competitive sports including soccer, gymnastics, swimming, and tennis. He received various academic & athletic scholarships earning him the right to attend the University of Delaware where he was captain of the Division I soccer team, and graduated with a 3.5 GPA and a BS in Civil Engineering. While at U of D, Darin earned the ECAC Medal awarded to the senior athlete with the highest GPA. After college, Darin did some traveling abroad and then secured his first engineering position in Baltimore, MD as a Project Engineer for a specialty concrete repair contractor. Darin helped to successfully manage 4-6 construction projects at a time ranging in value from $50,000 to $5,000,000. He also learned invaluable negotiating skills to secure complex contracts and sales proposals, while managing field labor crews and facilitating project meetings with building owners and property managers. His engineering career taught him diverse communication and problem-solving skills that he has brought into his real estate career. Darin relocated to San Diego in late 2000 and lived here for a little over a year until he moved to Valencia, CA where he bought a home and decided to embark on a real estate career with Keller Williams Realty in early 2003. Darin practiced real estate in Valencia for two years until he sold his home and returned to San Diego in January 2005 where he formed Team Synergy. After the market peaked and the “Great Recession” arrived, Darin re-positioned himself and his team to be distressed property experts successfully navigating the short sale process for many upside-down homeowners. When the market turned again in 2013, Darin rebranded his company to Triolo Realty Group (TRG) expanding his services. As the President and Team Leader of TRG, Darin has built his real estate business by referral and a dedicated passion to service his clients’ needs while helping them achieve their real estate goals. Darin is an integral leader within Keller Williams Realty, serving as a past member of the ALC (Associate Leadership Council), Master Faculty instructor, & Financial Planning Committee. He is also active in the community supporting various philanthropic organizations such as the Monarch School, American Cancer Society, and KW Cares. Darin was also recognized as the KW Cultural Icon for the Southern California region of Keller Williams Realty for his work as a cultural ambassador for the company. Darin’s unique background and diverse experience have allowed him to build a very successful real estate business and he credits much of his success to the continued referrals he receives from his clients, friends, family, and business network.